Anna-Marie Watson on emergency tissues on Everest and tampon-hunting in the Outback! 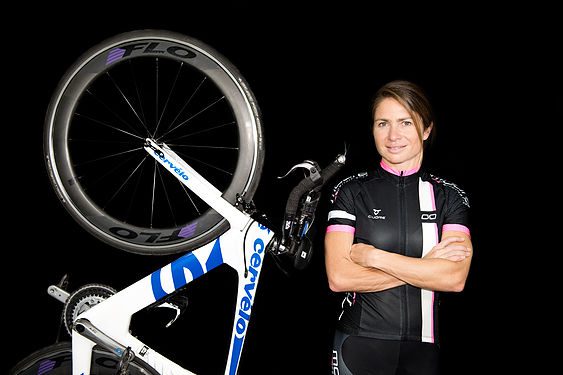 We spoke to Anna-Marie Watson about all things menstrual!

Anna-Marie is an ultra-endurance athlete and performance coach who runs her own company Reach For More with her husband Ben. She has been pushing her endurance boundaries running various ultra-races and competing in long distance triathlons since the London marathon in 2004, and over the last two years she has achieved podium finishes in the multi day trail runs organised by XNRG Cotswolds Way and Round the Island, then placed First Lady in the Brutal Events The ONER (130km) and Ultra Trail World Tour Future Series Cappadocia 110km Ultra in Turkey.

Has menstruation ever impacted upon your experiences, or the experiences of others you were with, participating in adventure, either positively or negatively?

I’ve never let menstruation stop me from heading out on an adventure though ultimately it can be a pain to work around. I always hope my monthly cycle isn’t going to clash with any of the main Ultra races as it’s a pain to manage, especially in remote areas. The week beforehand I usually feel pretty bloated and grumpy so I try to minimise the intensity and volume of training that week.

On to others’ experiences — over the last ten years I’ve lead student expeditions overseas (I try to commit to 1 per year) as I find it challenges me and I always learn so much from the younger generation. I always speak to the girls individually and as a collective before we travel so as to present the opportunity for them to ask questions. I generally run through how I manage my menstruation whilst on expedition and encourage openness whilst we’re away (if that works for them). There are always a couple of students who will have been recommended to take the pill by a GP so as to prevent the monthly cycle. This doesn’t always work with teenage girls and I’ve had one girl who bled on and off for the entire 4 week expedition. I usually try to discourage back to back pill-taking as I think it messes with hormone levels — though ultimately I respect whatever decision the student makes and will support them whatever happens. I always travel with extra tampons, pads, tissues, wet wipes, and hand sanitiser when I’m leading a group just in case!

Do you have any menstruation-and-adventure horror stories to share? (Again, your own or others’)

Two main experiences stand out for me: firstly during an Everest Marathon – I’d just headed out from Everest Base Camp at some stupidly early hour and 3km into the race, cramps prompted me to stop and check. Cue emergency tissues used to minimise disaster! Secondly, during the GeoQuest 48 Hour Adventure Race in Australia, half way through the event my period arrived and my super helpful husband, who was support crew, was tasked with finding tampons in the Australian Outback. Fortunately he excelled at the task before the kayak leg!

How do you manage menstruation in adventure, including dealing with menstrual waste, and how is this different to daily life?

If it doesn’t take me by surprise, I have a dedicated bag that’s easily accessible in my day sack with supplies. I’m trying to remember to have the odd tampon stashed away in various wash bags/rucksack pockets for emergency though it’s still work in progress. It’s not something I usually think about, though if I’ve got a big Ultra race lined up I’ll potentially do the maths with a calendar.

The scented sealable bags are really useful and I operate a leave no waste behind policy. Everything gets wrapped in tissues and carried out. I always brief my students on this though I suspect there’s been some used items left behind. It’s not the “nicest” of waste products to carry around in the bottom of your bag though from a leave no trace aspect and sustainability its key!

Friends-wise I’m comfortable discussing the “time of the month” and as I’ve got older I’ve become more at ease talking about it. It’s still not a main-stream topic I’d introduce over dinner, but if I wasn’t feeling 100% I’d probably mention it. I usually don’t make a big deal about it or draw attention to it. It’s something I simply get on with: it’s not going to stop me from heading out on an adventure! There’s no way I’d spend approximately 4 days a month, 36 days a year, 180 days every 5 years doing nothing curled up on the sofa. That’s a lot of time! We only have one life and I want to make the most of it. I’ve only ever discussed it in small groups, and thinking about it, I’m not convinced I’d be 100% comfortable standing up in front of a room of people and talking about it. I think there’s a challenge to break through there!

In terms of feeling more comfortable with different genders, I’d say yes, I’m more comfortable talking to females. I think my reluctance probably stems from my teenage years on Cadet camp when the boys were particularly immature and tedious about menstruation: at that time in the male dominated military, I just got on with it. I have found it is a source of mystery for a lot of men and it’s generally as an unknown dealt with through humour, suspicion or sometimes, unfortunately, ridicule. I’ve often overhead men with the “she must be on the blob again” response after a heated conversation.

How do you feel about the ways in which menstruation is regarded in the UK, and would you like to see any change?

I think menstruation (& the menopause) are still treated as silent and taboo subjects, though at least women aren’t outcast as unclean or have to wear particularly clothes during their menstruation as is the case in some countries! In the U.K. for example, the marketing of sanitary products on TV etc. could be a lot more progressive with more adventurous role models who are getting outdoors into remote places and going on adventures.

Do you think that menstruation is ever a barrier for women participating in adventure, and if so, do you feel it needs to be this way?

I think it is (yet another) barrier for women taking part in adventure. Ideally it shouldn’t be that way, and broaching the topic head on with open and honest conversation is definitely a start!

Interview with Claire Mason on the Happy Women Together project
August 16, 2019

Ride Out Ride On – Interview with Holly McGowan Hayes
September 29, 2018

Introducing… Our ‘Perceptions of Adventure’ Project (PAP)
September 27, 2018
Recent Posts
Archives
Categories
Go to Top
We use cookies to ensure that we give you the best experience on our website. If you continue to use this site we will assume that you are happy with it.OkRead our Cookie Policy